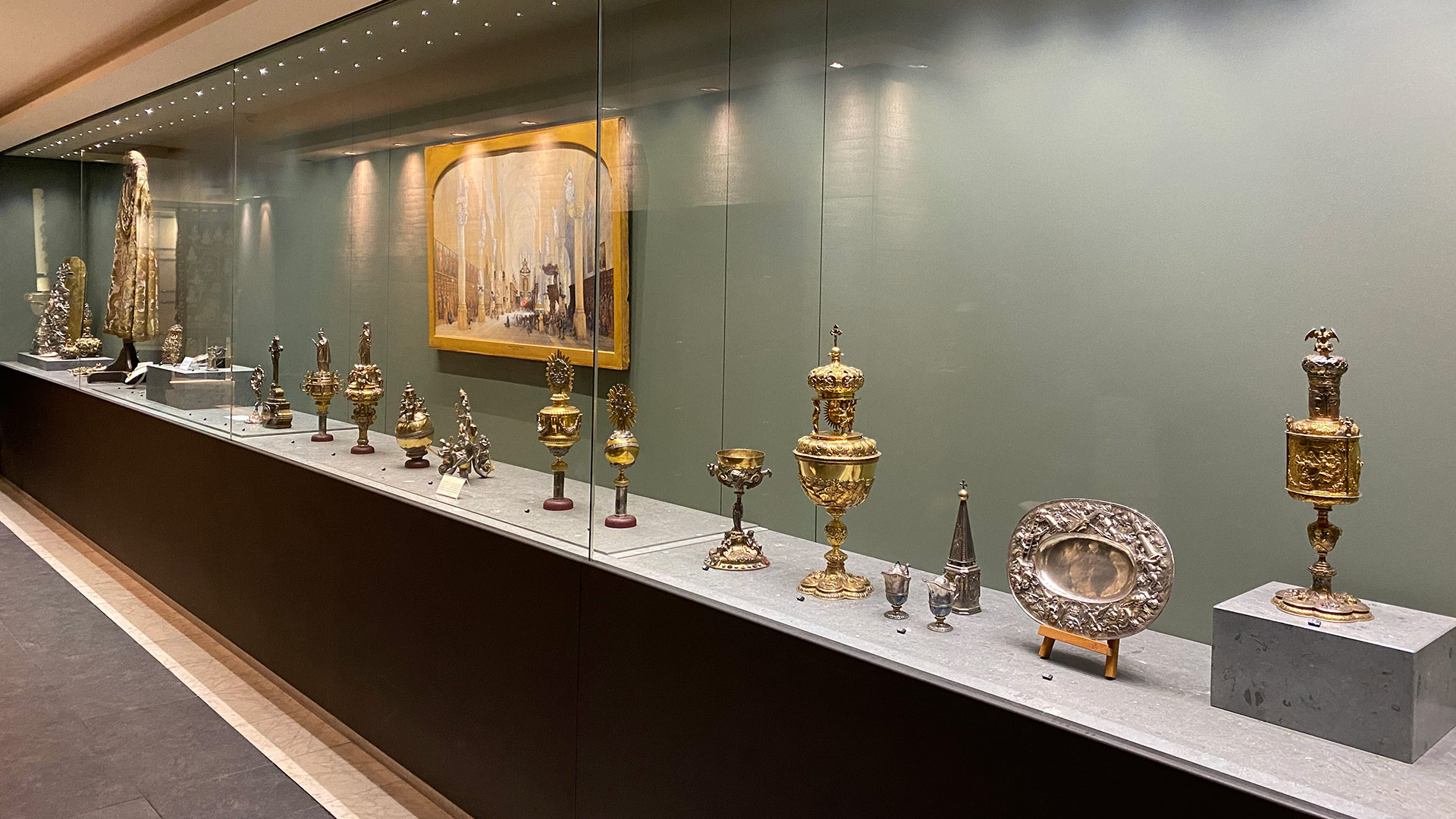 The treasury, which mainly contains valuable liturgical vessels, was opened in 2001. One of the ‘treasures’ is the act of consecration of the first church, signed and sealed by Albert the Great (9th September 1276). This neo-Baroque monstrance by the famous goldsmith Jan Petrus Verschuylen (1839) is the eye catcher of the treasury. The partly gilded silver liturgical vessel weighs 10.20 kilos, including the 554 little diamonds, and sparkles by its preciousness. At least as particular is the composition and the iconography. Typical of the Baroque concept is that the sun, which is a traditional element of this type of monstrance, is used in an iconographic manner. The story of the conversion of Saul mentions that (Jesus’s) “light from the sky suddenly flashed around him.” (Acts 9:3) This light is represented as the halo around the consecrated host. The dynamic group of statues underneath, with Saul who has fallen from his horse and with his hand protects himself from the blinding light, was inspired by the Baroque pulpit by Michiel van der Voort in St. Rumbold’s Cathedral in Mechelen. The fact that his sword (which disappeared after 1972) has been partly drawn out of its sheath, shows how much he was “still breathing murderous threats against the disciples of the Lord” (Acts 9:1). For this scene a small platform was put on the stem and as a result of this the monstrance is exceptionally tall: 3.44 ft.

Remarkable is also a child’s jewel, a small pendant in the form of a dove: a Holy Ghost pendant. The five diamond roses are very early Antwerp examples of diamonds cut in hexahedron or the form of a rose.

The portrait of Michael Ophovius

Michael Ophovius was prior of the Antwerp Dominican monastery, bishop of ‘s-Hertogenbosch and also Rubens’s confessor.