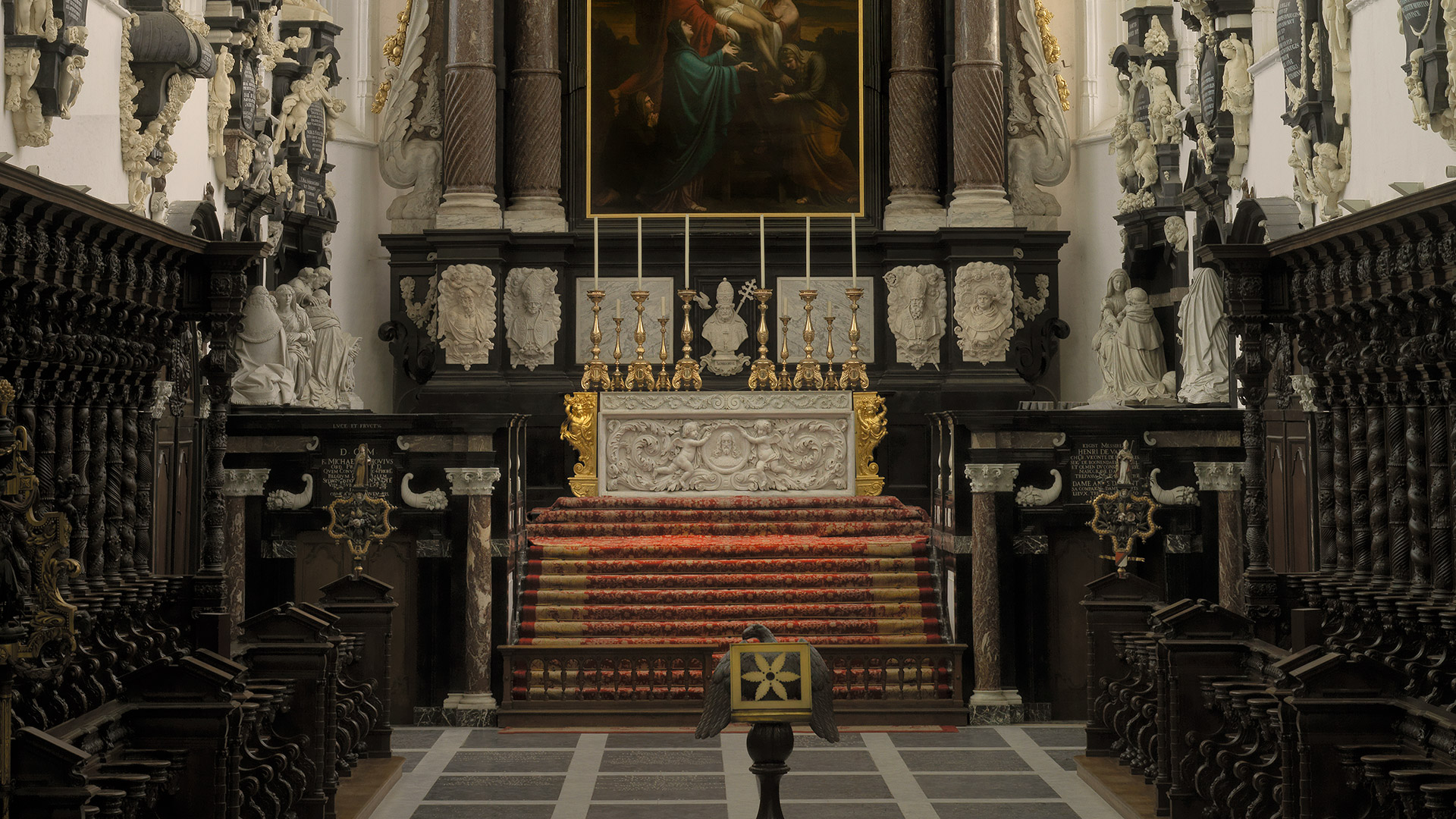 In 1670, Ambrosius Capello (1597 – 1676), bishop of Antwerp and former prior of the Antwerp Dominicans, consecrated the marble high altar that he donated to the church. Franciscus van Sterbeeck designed the altar, while Peter Verbruggen and his son and namesake executed it.

The altar is conceived as a giant frame for two paintings, the display of which was alternated until 1797: the ‘Vision of St Dominic’ by Rubens (now in Lyon) and the ‘Beheading of St Paul’ by Theodor Boeyermans (now in Aix-en-provence). Both paintings were plundered from the church by French Revolutionaries. What you see now is a ‘Descent from the Cross’ by Cornelis Cels (1778 – 1859).

The altar’s four pillars have a diameter of 63.50 cm and weigh 4,5000 kg each. The statue of St Paul with his sword stands above Capello’s coat of arms and the inscription ‘Doctor Gentium’ – Doctor (teacher) of the Gentiles. The idea of ‘Fide et Veritate’ (‘In Faith and Truth’, the motto of the Dominicans) are represented by the figure on the left, with the chalice and cross as emblems of faith, and the figure on the right, with the radiant sun and open book as emblems of truth. From left to right, the four Western Church Fathers – Jerome, Ambrose, Pope Gregory, Augustine – and Thomas Aquinas stand on the black marble base in half-relief. The white marble antependium at the front at the altar dates from 1845.