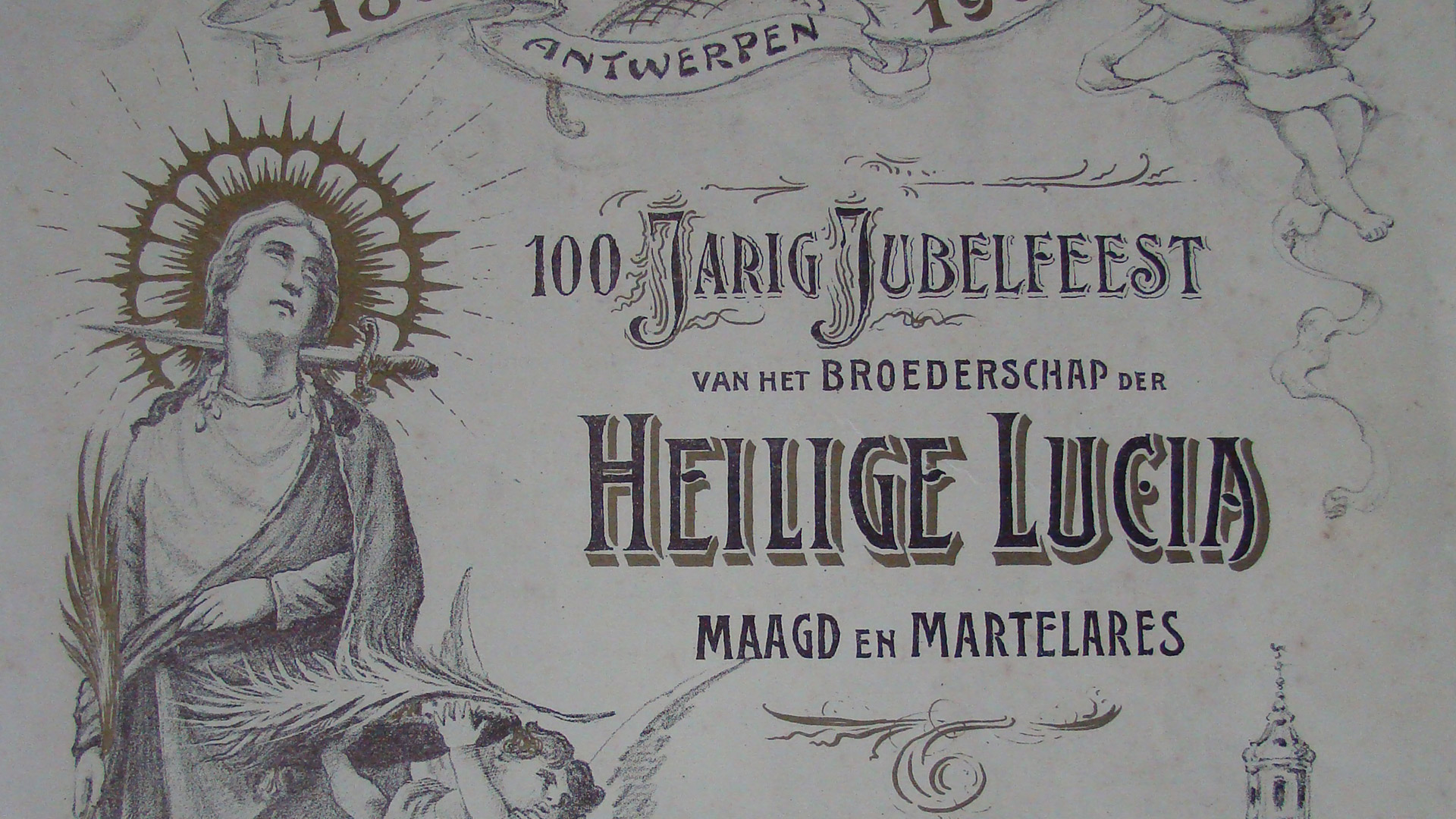 According to our archives, the Brotherhood of Saint Lucia was already established in our parish at the beginning of the 19th century. Her patron saint’s day is celebrated on December 13. In practice, it is on the Sunday closest to it, always in the Advent period. Saint Lucia lived in Syracuse in Sicily at the end of the 3rd century and her veneration is one of the oldest in the Catholic Church. What Bishop Jacobus a Voragine tells about her in his Legenda Aurea goes back to a Vita or life of the saints from the 5th century. In the 6th century, Pope Gregory the Great included her – along with six other female saints – in his Sacramentary, the first Roman canon. The seven women are therefore called the primary saints…

We have several statues of Lucia in Saint-Paul’s. They show the attributes of the saint: a periwinkle in her hand and her throat pierced by a sword. The ladies of the Schipperskwartier (red light district), who used to practice their profession around our church, also had a special veneration for Saint Lucia. Her relic rests in the treasury of our church, but we can pray to her anywhere:

May the heavenly intercession of the Virgin and Martyr Lucia,
be a constant support for us,
so that we can celebrate her feast here on earth
and see her glory later in eternity.

The board of the brotherhood currently consists of chairman Hugo Stevens, Marie-Paule Verhoeven, Leo Van Achter and Gui van Gorp. The pastor of Saint Paul is a spiritual director.

For more info, mail to HeiligeLucia@sintpaulusantwerpen.be