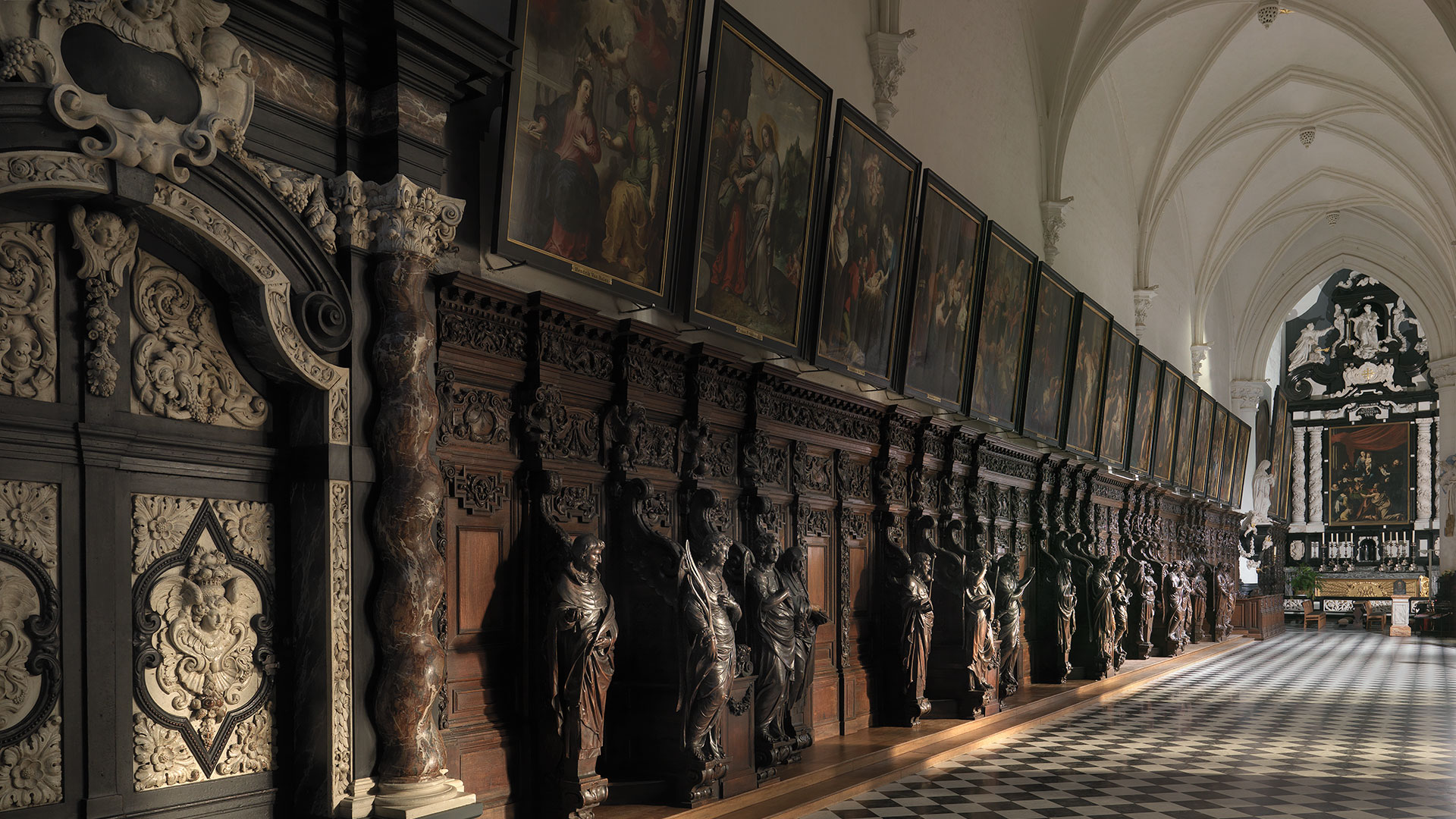 15 mysteries of the Rosary

15 mysteries of the Rosary

15 Mysteries of the Rosary

The ‘Fifteen Mysteries of the Rosary’ read like a comic strip: five Joyful, five Sorrowful and five Glorious Mysteries recount the lives of Jesus and Mary.

Illiterate churchgoers in the seventeenth century could also use the cycle of paintings as a guide when praying ten Hail Marys per mystery – a simplified version of the 150 Psalms making up the choral prayer of the monks. This application is a beautiful and practical translation of the Counter-Reformation idea that worshippers ought to be educated to understand their faith.

Eleven Antwerp artists, Rubens among them, worked on the cycle between 1617 and 1620. Together, they created an emotional Baroque ensemble with which you could fill a museum.
The works were commissioned by the Dominicans and each panel was sponsored. Two of the panels were funded by small contributions from a great many benefactors. The other thirteen were each paid for by an individual donor with links to St Paul’s Church: relatives of Dominican monks, prominent citizens who were later buried in the church, or choir masters of the Brotherhood of the Rosary. It was from the latter group that the idea came of creating the Rosary Cycle in 1571, the year in chich Christian Europeans defeated the Muslim Ottomans at the Battle of Lepanto, thanks to the ‘praying of the Rosary’ by Pope Pius V, himself a Dominican. The Dominican Order has been inextricably linked with the Rosary ever since.