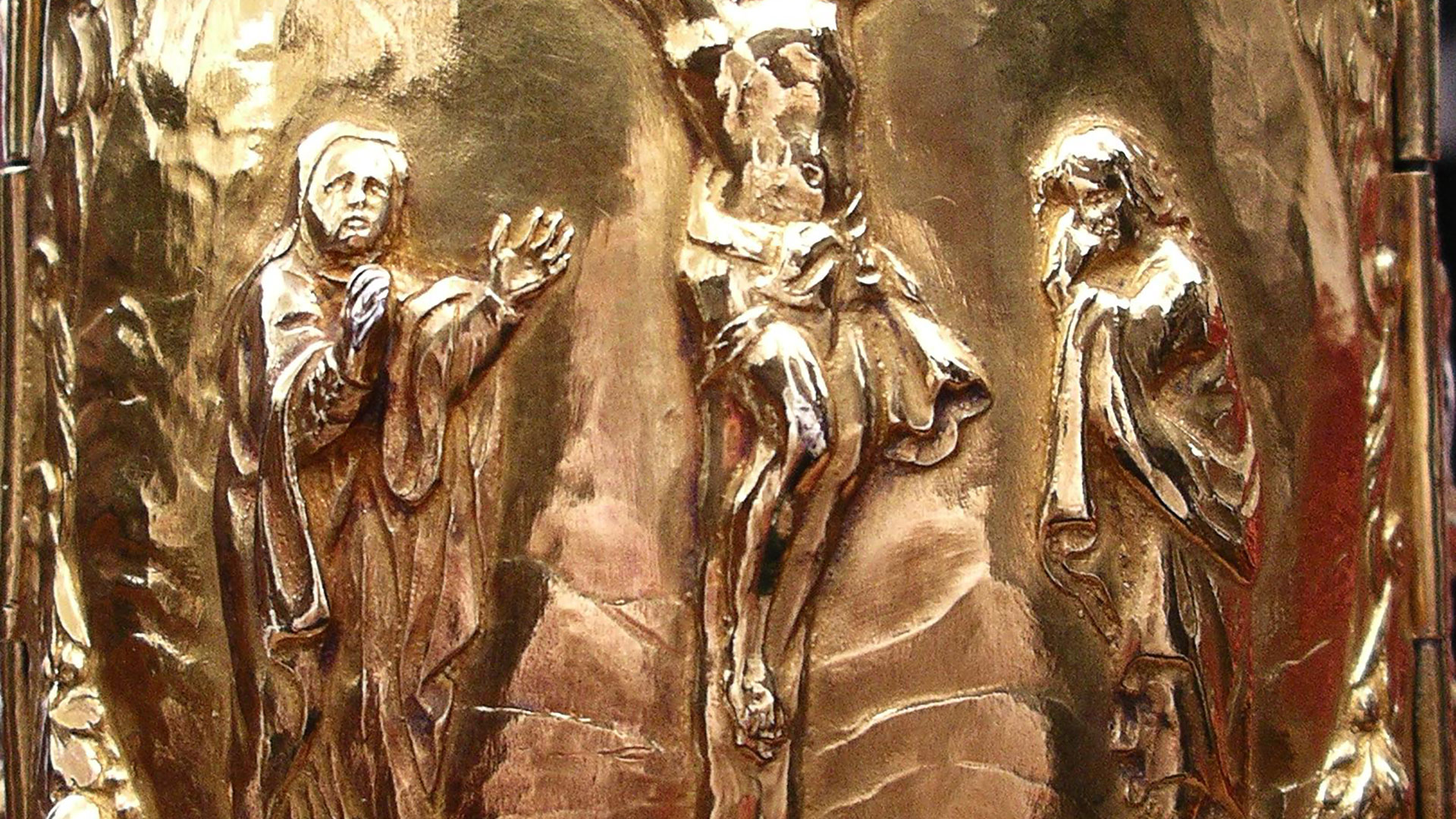 This ciborium – a receptacle for storing or transporting hosts – was used when visiting the sick, to administer the (last) sacraments to them in their home.

Given the risk of the patient’s death, the ciborium also incorporates an oil box (a chrismatory), so that the three holy oils were on hand too.

The silversmith Hendrik Corbion made the ciborium for St Walburga’s Church in 1655. When the latter was closed around 1805, the object was brought to St Paul’s. It is made of gilded silver, stand 50 cm high and weighs 2,400 grams. The maker’s mark ‘HC’ appears on the bottom, together with the crowned hand symbol used as Antwerp’s silver hallmark.

The ciborium shows the Last Supper, Calvary and the Resurrection. St Paul’s Church has the ‘Golden Book’ of the Brotherhood of the Fortnightly Viaticum, which was active from 1674 to 1940, and ensured that the sick were visited at home every fourteen days.

Corbion was trained under Pierre de Fraisne (1612 – 1660) in Liège and was registered as a citizen of Antwerp in 1644, where he made his finest liturgical objects.